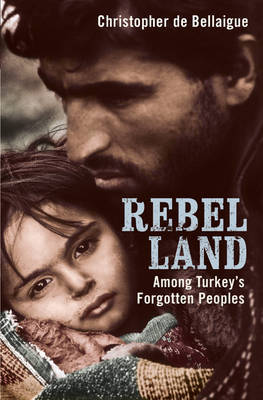 What is the meaning of love and death in a remote, forgotten, impossibly conflicted part of the world? In Rebel Land the acclaimed author and journalist Christopher de Bellaigue journeys to Turkey's inhospitable eastern provinces to find out. Immersing himself in the achingly beautiful district of Varto, a place left behind in Turkey's march to modernity, medieval in its attachment to race and religious sect, he explores the violent history of conflict between Turks, Kurds and Armenians, and the maelstrom, of emotion and memories, that defines its inhabitants even today. The result is a compellingly personal account of one man's search into the past, as de Bellaigue, mistrusted by all he meets, and particularly by the secret agents of the State, applies his investigative flair and fluent Turkish to unlock jealously-guarded taboos and hold humanity's excesses up to the light of a very modern sensibility.

Think of Michael Palin's BBC series, New Europe, which featured an episode on Turkey. Awareness of Europe's forgotten nations has awakened new interest.Very much people-based, this book will appeal to fans of William Dalrymple's travel writing (City of Djinns) and Mark Mazower's Salonica: Christians, Muslims and Jews 1430-1950, as well as Jan Morris and Colin Thubron. His previous book, In the Rose Garden of the Martyrs, was shortlisted for the 2004 Royal Society of Literature Ondaatje Prize.

'A finely-written, brave and very personal book' Orhan Pamuk Praise for In the Rose Garden of the Martyrs: '[A] stylish and arresting debut ... pitches us into the very heart and streets of the Iranian revolution today ... the strength of his book lies mostly in its sense of unofficial history, the whispers and unscripted mutterings of a proud, suspicious, highly cultured and elegiac people' Pico Iyer, New Yorks Times Book Review 'A vital contribution to English writing on Iran' Guardian 'An important book that deserves to be read by both defenders and detractors of the Islamic republic' Times Literary Supplement

Christopher de Bellaigue was born in London and has spent the past decade in the Middle East and South Asia. He has worked as a foreign correspondent for a number of publications including the Independent, the Financial Times, the Economist, and the New York Review of Books. His previous book was shortlisted for the 2004 Royal Society of Literature Ondaatje Prize He lives in Tehran with his wife and son.