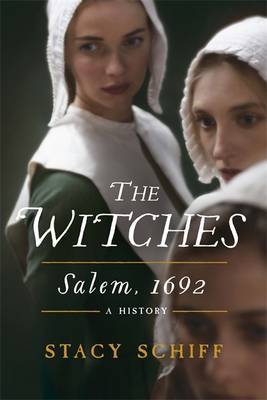 It began in 1692, over an exceptionally raw Massachusetts winter, when a minister's daughter started to scream and convulse. It ended less than a year later, but not before nineteen men and women had been hanged and an elderly man crushed to death. The panic spread quickly, involving the most educated men and prominent politicians in the colony. Neighbours accused neighbours, parents accused children, husbands accused wives, children accused their parents, and siblings each other.

Vividly capturing the dark, unsettled atmosphere of seventeenth-century America, Stacy Schiff's magisterial history draws us into this anxious time. She shows us how a band of adolescent girls brought the nascent colony to its knees, and how quickly the epidemic of accusations, trials, and executions span out of control. Above all, Schiff's astonishing research reveals details and complexity that few other historians have seen. Every detail of colonial life just decades after the first landing - family, farming, praying, housekeeping, dangers of life at wilderness's edge, estrangement from England, the pressures of a life dominated by Biblical thought - is rendered with a clarity that makes almost inconceivable events comprehensible.

As psychologically thrilling as it is historically seminal, as magnificently written as it is deeply researched, THE WITCHES breathes new life into one of history's most enduring mysteries.

Stacy Schiff is one of America's most acclaimed and popular historians. She is the author of VERA (MRS VLADIMIR NABOKOV), winner of the Pulitzer Prize; SAINT-EXUPERY, a Pulitzer Prize finalist; A GREAT IMPROVISATION: FRANKLIN, FRANCE, AND THE BIRTH OF AMERICA, winner of the George Washington Book Prize; and CLEOPATRA: A LIFE. She has received fellowships from the Guggenheim Foundation and the National Endowment for the Humanities, and an award in literature from the American Academy of Arts and Letters. Named a 2011 Library Lion by the New York Public Library, she lives in New York City. www.stacyschiff.com @stacyschiff facebook.com/stacyschiff