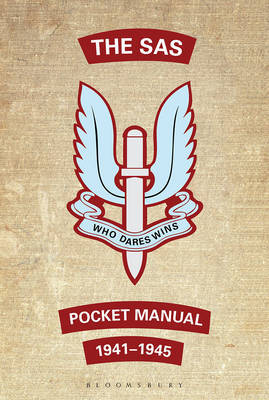 The Special Air Service was the brainchild of Scots Guards’ officer Lieutenant David Stirling, serving with No.8 Commando. He advocated a specially organised, specially equipped and specially trained unit dedicated to the “unrelenting pursuit of excellence” that could act covertly and be infiltrated to operate behind enemy lines and gain intelligence, destroy enemy aircraft and attack their supply and reinforcement routes.

The 1st SAS Regiment was officially designated after successful raids against enemy airfields in the Middle East in 1941-1942. In May 1943 a 2nd SAS Regiment was raised in Algeria and would also serve in Sicily and Italy. SAS troopers were at the forefront of the action on D-day, serving behind the enemy lines, assisting the French Resistance in diversionary attacks and in support of Allied armies. The SAS served with great distinction through 42 significant actions in Belgium, the Netherlands and Germany until the end of the war in Europe.

Part of the bestselling Conway pocket-book series, The SAS Pocket Manual is an incredible insight into the origins, training and earliest operations of the special service volunteer soldiers who formed the original units of the world's most famous military force.

Chris Westhorp is an experienced freelance editor, writer and researcher. Formerly of Arms and Armour Press and Duncan Baird Publishing, he has a specialist interest in military history and aviation. Chris is the author of The Commando Pocket Manual 1950-1945 (Conway, 2012) amongst numerous other titles.