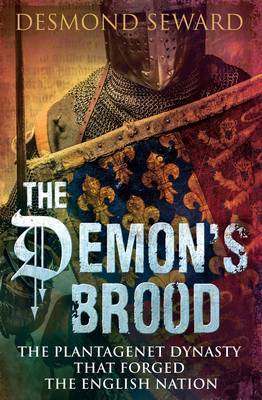 The Demon's Brood: The Plantagenet Dynasty That Forged the English Nation

The Plantagenets reigned over England longer than any other family - from Henry II, to Richard III. Four kings were murdered, two came close to deposition and another was killed in a battle by rebels. Shakespeare wrote plays about six of them, further entrenching them in the National Myth. Based on major contemporary sources and recent research, acclaimed historian Desmond Seward provides the first readable overview of the whole extraordinary dynasty, in one volume.

Desmond Seward was born in Paris and educated at St Catherine's College, Cambridge. He is the author of numerous studies and biographies.