A Clockwork Orange by Anthony Burgess

In this nightmare vision of a not-too-distant future, fifteen-year-old Alex and his three friends rob, rape, torture and murder - for fun. Alex is jailed for his vicious crimes and the State undertakes to reform him - but how and at what cost?

A Small Town in Germany by John le Carre

West Germany, a simmering cauldron of radical protests, has produced a new danger to Britain: Karfeld, menacing leader of the opposition. At the same time Leo Harting, a Second Secretary in the British Embassy, has gone missing - along with more than forty Confidential embassy files. Alan Turner of the Foreign Office must travel to Bonn to recover them, facing riots, Nazi secrets and the delicate machinations of an unstable Europe in the throes of the Cold War. As Turner gets closer to the truth of Harting's disappearance, he will discover that the face of International relations - and the attentions of the British Ministry itself - is uglier that he could possibly have imagined. ...Show more

Alone in Berlin by Hans Fallada

Berlin, 1940, and the city is filled with fear. When unassuming couple Otto and Anna Quangel receive the news that their beloved son has been killed fighting in France, they are shocked out of their quiet existence and begin a silent campaign of defiance. A deadly game of cat-and-mouse develops between the Quangels and the ambitious Gestapo Inspector Escherich in Fallada's desperately tense and heartbreaking exploration of resistance in impossible circumstances. ...Show more

Atlas Shrugged is the "second most influential book for Americans today" after the Bible, according to a joint survey of five thousand people conducted by the Library of Congress and the Book of the Month Club in 1991. In a scrap heap within an abandoned factory, the greatest invention in history lies dormant and unused. By what fatal error of judgment has its value gone unrecognized, its brilliant inventor punished rather than rewarded for his efforts? This is the story of a man who said that he would stop the motor of the world-and did. In defense of those greatest of human qualities that have made civilization possible, he sets out to show what would happen to the world if all the heroes of innovation and industry went on strike. Is he a destroyer or a liberator? Why does he have to fight his battle not against his enemies but against those who need him most? Why does he fight his hardest battle against the woman he loves? The answers will be revealed once you discover the reason behind the baffling events that wreak havoc on the lives of the amazing men and women in this remarkable book. Tremendous in scope and breathtaking in its suspense, Atlas Shrugged is Ayn Rand's magnum opus, which launched an ideology and a movement. With the publication of this work in 1957, Rand gained an instant following and became a phenomenon. Atlas Shrugged emerged as a premier moral apologia for capitalism, a defense that had an electrifying effect on millions of readers (and now listeners) who had never heard capitalism defended in other than technical terms. ...Show more

When the Nazis invaded Hungary in 1944, they sent virtually the entire Jewish population to Auschwitz. A Hungarian Jew and a medical doctor, Dr. Miklos Nyiszli was spared from death for a grimmer fate: to perform "scientific research" on his fellow inmates under the supervision of the infamous "Angel of Death": Dr. Josef Mengele. Nyiszli was named Mengele's personal research pathologist. Miraculously, he survived to give this terrifying and sobering account of the terror of Auschwitz. This new Penguin "Modern Classics" edition contains an introduction by Richard Evans. ...Show more

East of Eden by John Steinbeck

Set in the rich farmland of the Salinas Valley, California, this powerful, often brutal novel, follows the interwined destinies of two families - the Trasks and the Hamiltons - whose generations hopelessly re-enact the fall of Adam and Eve and the poisonous rivalry of Cain and Abel. Here Steinbeck creat ed some of his most memorable characters and explored his most enduring themes: the mystery of indentity; the inexplicability of love, and the murderous consequences of love's absence. ...Show more

When the first atomic bomb was dropped on Hiroshima in August 1945, killing 100,000 men, women and children, it was the beginning of a terrifying new episode in human history. Written only a year after the disaster, John Hersey brought the event vividly alive with his heartrending account of six men an d women who survived despite all the odds. He added a further chapter when, forty years later, he returned to Hiroshima to discover how the same six people had struggled to cope with catastrophe and with often crippling disease. The result is a devastating picture of the long-term effects of one very small bomb. ...Show more "The novel that foreshadowed Donald Trump's authoritarian appeal."--Salon   It Can't Happen Here is the only one of Sinclair Lewis's later novels to match the power of Main Street, Babbitt, and Arrowsmith. A cautionary tale about the fragility of democracy, it is an alarming, eerily timeless loo k at how fascism could take hold in America.   Written during the Great Depression, when the country was largely oblivious to Hitler's aggression, it juxtaposes sharp political satire with the chillingly realistic rise of a president who becomes a dictator to save the nation from welfare cheats, sex, crime, and a liberal press.   Called "a message to thinking Americans" by the Springfield Republican when it was published in 1935, It Can't Happen Here is a shockingly prescient novel that remains as fresh and contemporary as today's news.   With an Introduction by Michael Meyer and an Afterword by Gary Scharnhorst ...Show more

Steven Patrick Morrissey was born in Manchester on May 22nd 1959. Singer-songwriter and co-founder of the Smiths (1982-1987), Morrissey has been a solo artist for twenty-six years, during which time he has had three number 1 albums in England in three different decades. Achieving eleven Top 10 albums (p lus nine with the Smiths), his songs have been recorded by David Bowie, Nancy Sinatra, Marianne Faithfull, Chrissie Hynde, Thelma Houston, My Chemical Romance and Christy Moore, amongst others. An animal protectionist, in 2006 Morrissey was voted the second greatest living British icon by viewers of the BBC, losing out to Sir David Attenborough. In 2007 Morrissey was voted the greatest northern male, past or present, in a nationwide newspaper poll. In 2012, Morrissey was awarded the Keys to the City of Tel-Aviv. It has been said 'Most pop stars have to be dead before they reach the iconic status that Morrissey has reached in his lifetime.' Autobiography covers Morrissey's life from his birth until the present day. "Five stars. With typical pretension, Morrissey's first book has been published as a Penguin Classic. It justifies such presentation with a beautifully measured prose style that combines a lilting, poetic turn of phrase and acute quality of observation, revelling in a kind of morbid glee at life's injustice with arch, understated humour...It is recognisably the voice of the most distinctive British pop lyricist of his era". (Neil McCormick, Daily Telegraph). "A brilliant and timely book...What is so refreshing about Morrissey's Autobiography is its very messiness, its deliriously florid, overblown prose style, its unwillingness to kowtow to a culture of literary formula and commercial pigeon-holing...Autobiography is a true baggy monster, a book in which a distinctive prose style is allowed to develop...A rococo triumph...Overwhelmingly this is a book to be thankful for...In the ways that matter, Autobiography reads like a work of genuine literary class". (Alex Niven, Independent). "Sharply written, rich, clever, rancorous, puffed-up, tender, catty, windy, poetic, and frequently very, very funny. Welcome back, Morrissey". (Michael Bonner, Uncut Magazine). "Rancorous, rhapsodic, schizophrenic: Autobiography delivers a man in full' Andrew Male, Mojo 'If one is willing to accept that a Morrissey book could be a classic, then the book justifies its status remarkably early on..."As a work of prose Autobiography is a triumph of the written word". (Louder than war). "Funnier than the Iliad...A triumph". (Colin Paterson, Today Programme, BBC Radio 4). "One of the autobiographies of this or any year...A wonderfully entertaining read. He's as witty, acerbic and opinionated as you'd expect, but there's a welcome self-awareness throughout that makes the dramatic flourishes and hyperbolic dismay all the more hilarious. He may have more flaws than Manchester's Arndale Centre but he's just brilliantly, uniquely Morrissey". (Daily Mirror). "Morrissey's Autobiography is brilliant and relentless. Genius, really". (Douglas Coupland). "Well, so far Morrissey's book is an absolute masterpiece; no doubt the whole stinking country will hate it". (Frankie Boyle). "This is the best book ever. Like ever". (Wonderland). "Carried along on quite extraordinary prose". (Time Out). "The Best Music Biog Ever ...In the world of rock autobiographies, Morrissey's is nigh-on perfect". (NME). ...Show more A classic spy novel from master of suspense John le Carre--reissued in time with the BBC and AMC miniseries, directed by Susanne Bier and starring Tom Hiddleston and Hugh Laurie.   On a bleak January night at the outbreak of the Gulf War, Mr. Richard Onslow Roper, a very special visitor, arrives with his entourage at a Zurich hotel. The night manager, Jonathan Pine, recognizes him immediately, but prays that the identification is not mutual.   Suddenly drawn into a new world of espionage, Pine is soon launched on an undercover mission to destroy Roper and an empire built on an unholy alliance between the intelligence community and the secret arms trade. From the cliffs of west Cornwall to northern Quebec, from the Caribbean to the jungles of post-Noriega Panama, his quarry is no less than worst man in the world.   In what is perhaps John le Carr 's greatest work to date, The Night Manager brings to life a whole new era of intrigue, brilliantly conceived by the undisputed master of the genre. ...Show more 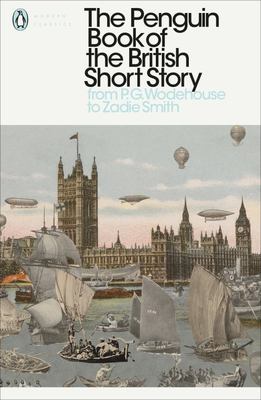 She would tear the house down - shatter the windows, slash the furniture, flood the baths, fire the curtains!' Hilarious, exuberant, surreal, subtle, tender, brutal, spectacular and above all unexpected- this extraordinary selection celebrates the British short story from the 1920s to the present day. F rom Angela Carter to V. S. Pritchett, Elizabeth Taylor to J. G. Ballard, Ali Smith to a host of little-known works from magazines and periodicals, and including tales of air-raids, phone sex, snobbery, modern-day slavery, grief, desire, the familiar and the strange, here is the short story in all its limitless possibilities. Edited with an introduction by Philip Hensher ...Show more

Rumpole of the Bailey by John Mortimer